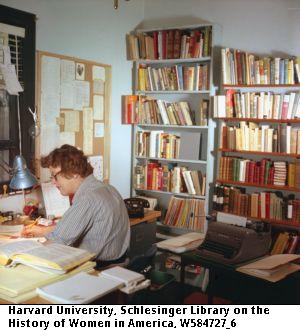 Julia’s first cookbook, the groundbreaking Mastering the Art of French Cooking, was published in 1961, after nine years of researching, writing, recipe testing and editing with her co-authors Simone Beck and Louisette Bertholle. In the years that followed, Julia wrote numerous other cookbooks, including Mastering the Art of French Cooking, Volume II and The French Chef Cookbook, based on her successful public television show. She also co-authored a cookbook with friend and co-host Jaques Pépin and, along with her grandnephew Alex Prud’homme, wrote her memoir, My Life in France. In 2020, Knopf, Julia’s longtime publisher, released People Who Love to Eat are Always the Best People, a collection of Julia’s quotations. 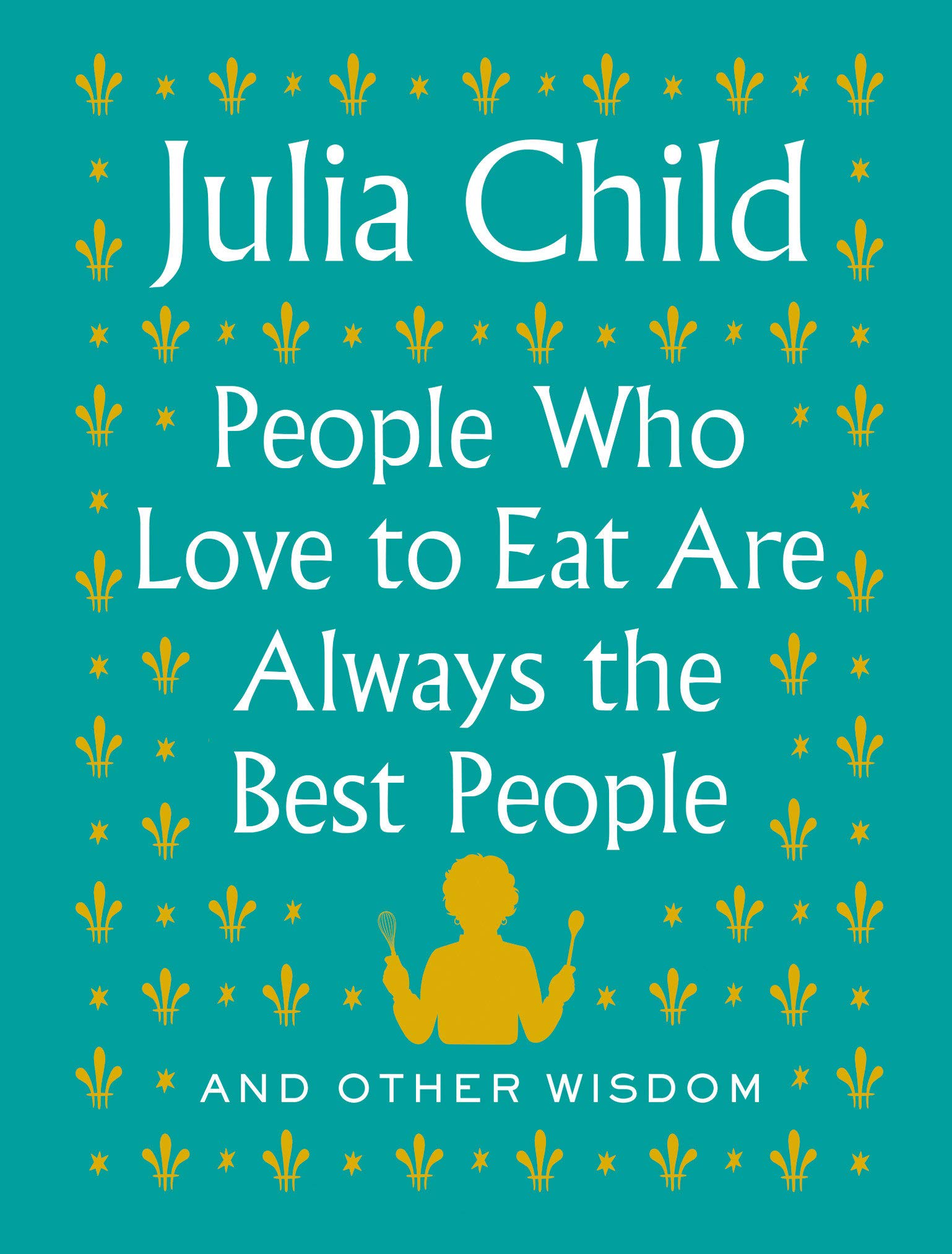 2020
People love to quote Julia. In fact, Julia was even known to quote herself. This charming volume is the first-ever authoritative collection of Julia quotations and compiles her most memorable lines on eating, drinking, life, love, travel, France and much more. 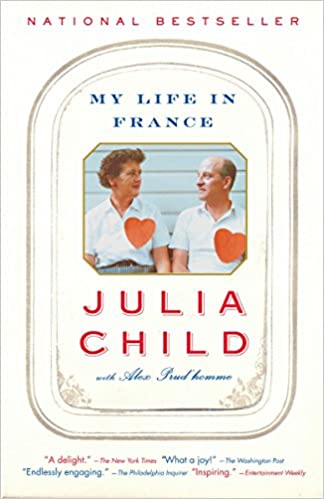 My Life in France

2006
In this much-admired memoir, written with her grandnephew Alex Prud’homme, Julia shares the story of her years in France, from when she first docked in Le Havre and had the most memorable meal of her life, to when she lived in Paris, attending culinary school and writing her first cookbook, up to her final visit to Provence. 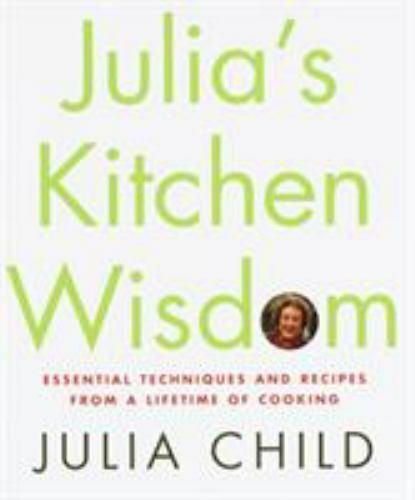 2000
In this book, Julia shares the essential techniques and recipes she developed—and perfected—over a lifetime of cooking. When you have a kitchen question, make this your go-to resource, as Julia will guide you to the solution, sharing her wisdom and handy variations along the way. 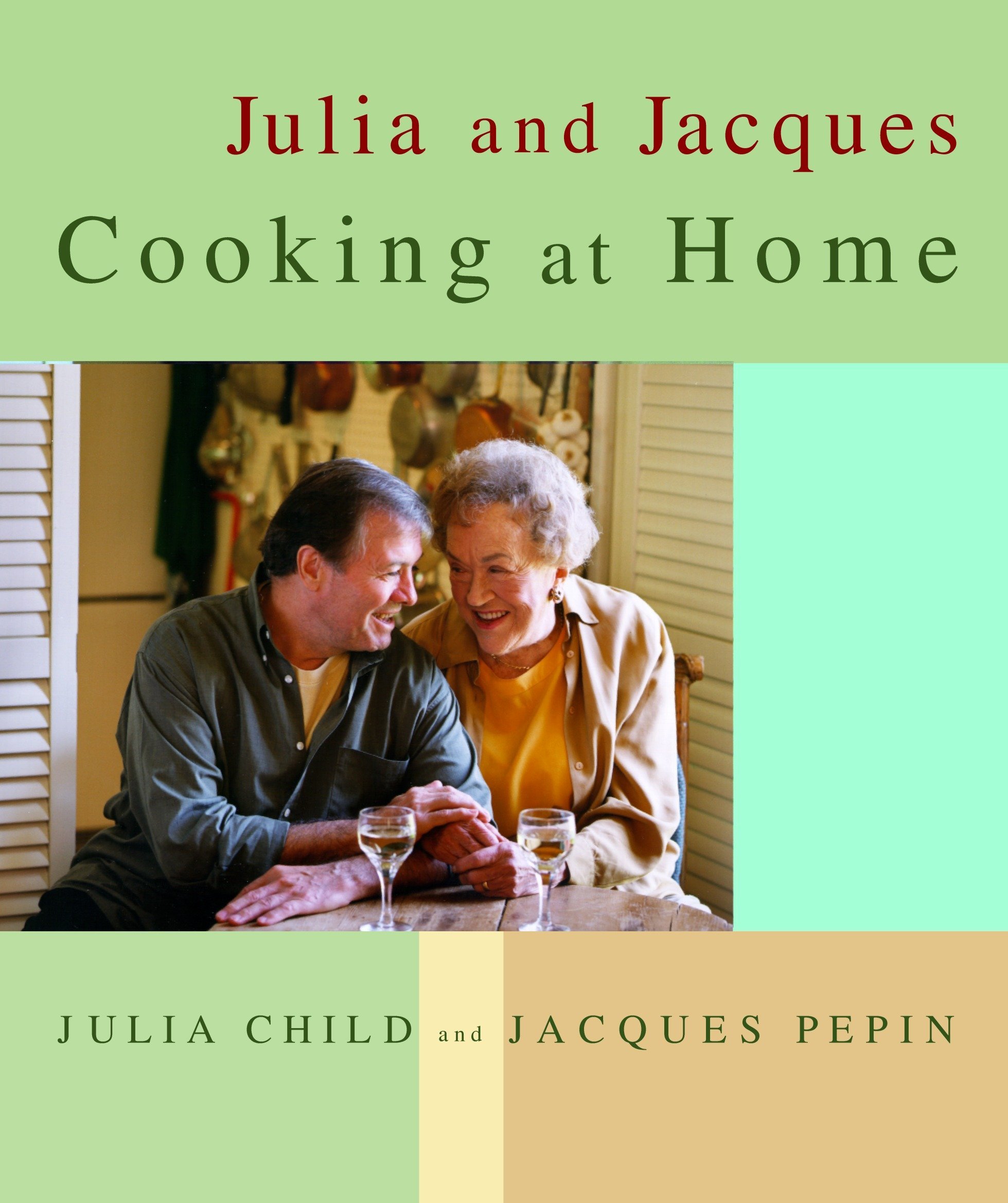 Julia and Jacques Cooking at Home

1999
Co-authored with Jacques Pépin, this is the companion volume to the legendary duo’s Emmy-nominated public television show of the same name. It boasts 150 recipes and 328 color photographs, but even better, each dish comes with Julia and Jacques’ commentary—and as anyone who watched the show knows, they didn’t always agree. 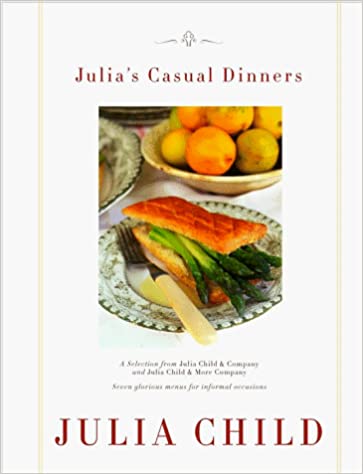 1999
The fourth in Julia’s menu series, this book features five dinners, ranging from intimate to crowd-pleasing. Packed with guidance on how to plan, organize and cook the meals, how to vary the menu and how to make creative use of leftovers, its color photographs guide you through, step-by-step, to the finished dishes. 1999
In this bite-sized book, Julia offers seven menus to enliven everyday meals, and includes step-by-step recipes, shopping lists, variations and suggestions for leftovers, all complemented by more than 100 photographs. Menus range from a Holiday Lunch to a Sunday Night Supper. 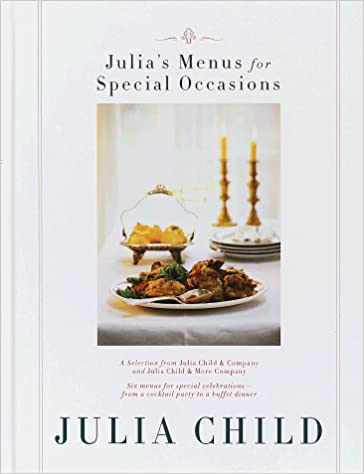 1998
This book features six menus for special or hard-to-plan-for occasions, and like its companion, Julia’s Delicious Little Dinners, the recipes are taken from Julia Child & Company and Julia Child & More Company. The menus include a Birthday Dinner, Buffet, Cocktail Party and Vegetarian Spread, and are illustrated with 120 full-color photographs.

1998
This slim volume features six dynamite menus, plus Julia’s expert advice on hosting stylish, stress-free dinner parties. Whether you choose Rack of Lamb for a Very Special Occasion or Butterflied Pork for a Party, each menu is a lesson in the art of entertaining. 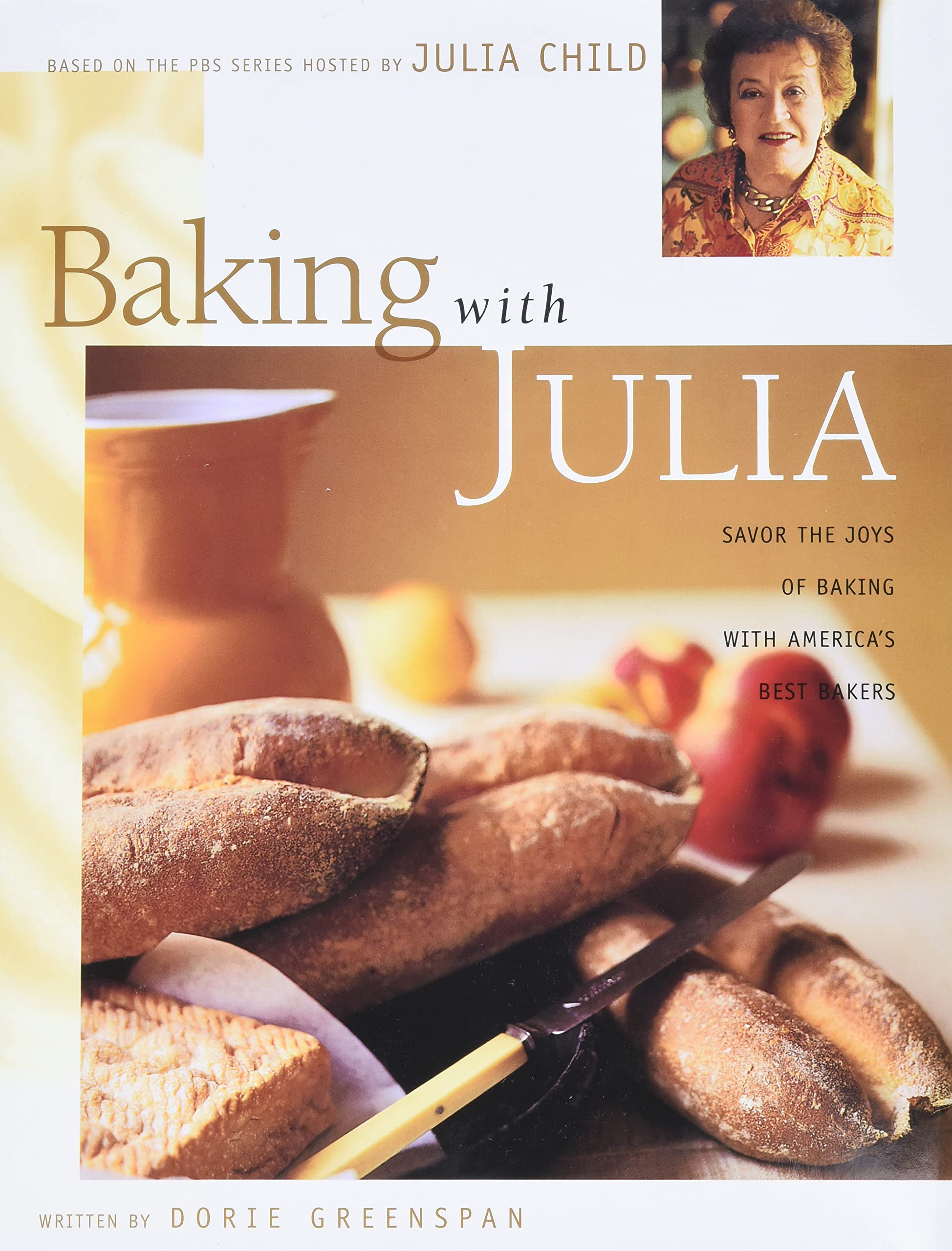 1996
Written by Dorie Greenspan, to accompany Julia’s PBS television show of the same name, Baking with Julia features nearly 200 recipes, including contributions from master bakers, along with step-by-step photography and an illustrated reference section that demystifies essential pastry terms and techniques.

In Julia’s Kitchen with Master Chefs

1995
With 150 recipes from 26 of the country’s top culinary talent, this book is the companion volume to Julia’s PBS television series, “In Julia’s Kitchen with Master Chefs.” While the chefs share the secrets to their most popular dishes, it’s Julia who brings them to life and translates the recipes for the home cook.